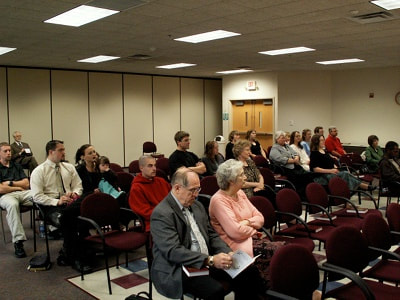 Baptist Church Planting Ministry was born out of a desire to see more churches planted. Dr. Jessup served in Canada as a church planter from 1972 to 1987 as a BIMI missionary. During that time two churches were planted by going into towns and starting from scratch. Dr. Jessup felt the Lord leading him to these communities, and there were no families prepared to begin new churches in those towns. During 1985, Dr. Jessup began to analyze his ministry and how much would be accomplished in his lifetime using the methods of starting churches from scratch.

As he studied the Bible, he realized he was trying to do something that he was not called to do. He found that the church, as a living organism, should be reproducing the new churches rather than trying to do it alone. In 1987, the Lord called Dr. Jessup to pastor a church in Manitoba, Canada, and Dr. Jessup convinced this church that they had a responsibility to plant churches. This church began to plant churches in the province of Manitoba by taking their Sunday evening service and moving it to other communities to hold meetings. They would rent a building, advertise in the community, and hold a week of meetings. During these services the church would take their musicians, their special music, their nursery workers, their ushers, and everything else they would do on a Sunday evening. Dr. Jessup believed that if people in the communities could see the church that he pastored, they would want a church like it in their community. He also knew they could not get these people to come to their church, but that they could take the church to the new community by holding these weeks of meetings. During these meetings, they would try to accomplish two things. First of all, they would try to establish the credibility of the new pastor and secondly, they would try to show the visitors from the area what a good, fundamental, Baptist church service was really like. Five new churches were planted in a four-year span.

On the third anniversary, one of the deacons asked him if he knew how many people were in the service that day. Dr. Jessup asked the deacon what he meant. The deacon replied that if they counted the number in their service and the four other churches that were planted, there were over 600 people in the service that morning. Dr. Jessup relates that this literally changed his thinking of success in the ministry. He had previously thought that success was having a large number of people attending the church that he pastored but realized success is getting people into a fundamental Baptist church in their community.

By 1992, other pastors began to call Dr. Jessup and ask if he would help their church reproduce a church. Other churches, using the help of Dr. Jessup, reproduced two more churches in 1992. In 1993, Dr. Jessup called six pastors and asked them to pray with him and his wife about starting a ministry to help churches reproduce churches. They all prayed for the month of May. At the end of May, Dr. Jessup called each pastor and everyone indicated that they believed it was the will of the Lord that Dr. Jessup begin a ministry to help churches reproduce churches.  In June 1993 he resigned the pastorate, and in August 1993 Baptist Church Planting Ministry was formed. 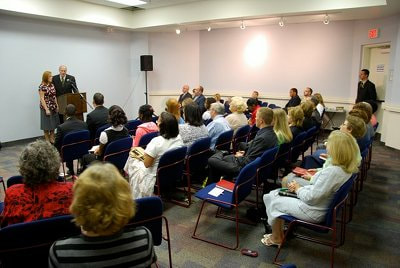 Since August 1993, Baptist Church Planting Ministry has been helping churches reproduce churches. The ministry is continuing to grow and expand. BCPM averages helping one new church get started nearly every two months it has been in existence.  Churches have been planted in communities in the United States, Canada, Australia, Scotland, and France. Dr. Jessup simply works for pastors of local churches that want to see a new church planted in their area. He makes it clear to everyone involved in the project that the pastor and only the pastor has the final say in every decision on the project. Dr. Jessup often says that he is not a church planter but only one who helps churches give birth to new churches. Dr. Jessup gives his time, experience, and financial help to seeing new churches planted.

BCPM continues to expand into other countries. Dr. Jessup has working in Guatemala and Kenya to help missionaries and national pastors use local churches to reproduce new churches. Should the Lord tarry His coming, BCPM wants to see the philosophy of local churches reproducing churches in every country of the world.

The goal of BCPM is to help churches reach the world with the Gospel of Jesus Christ. New churches are expected to begin a missions program using either Faith Promise or General Budget giving. As churches begin to take on missionaries, these missionaries can quickly raise their needed support to get to their field of service. The sooner they get to the field, the more people are reached with the gospel. Using this approach, there is still time to reach many people with the good news that Jesus saves.