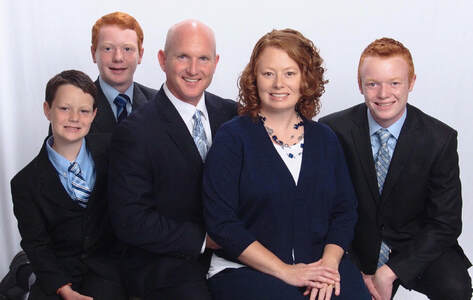 Jeremy Rowland was saved at age 18 at Liberty Baptist Church in Sarasota, FL.  The following week he was baptized with the lady who is now his wife, Teresa, and they both immediately began serving in various ministries. They both attended and graduated from Pensacola Christian College in 1996. Jeremy then received a Master of Bible Exposition and Master of Divinity degrees from Pensacola Theological Seminary.

While attending college and seminary, Jeremy served as Associate Pastor at Pine Forest Estates Baptist Church in Pensacola for five years. Some of his responsibilities included soul winning and outreach, children’s director, young couples’ Sunday school teacher, bus director and college intern director.
​
He then traveled two years for the Bill Rice Ranch as a staff evangelist where he gained experience in traveling and preaching in local churches. It was during this time that God began to burden Jeremy in the area of church planting. With the help of BCPM, he then started a church in North Port, FL where he led the church over seven years to be solid and self-supporting before calling in a new pastor in January of 2010. Jeremy’s burden for church planting broadened over the years which, after much prayer and clear leading of the Lord, led him to join the staff of BCPM. Jeremy has been blessed with a lovely wife, Teresa, and three sons:  Caleb, Kyle, and Ryan.