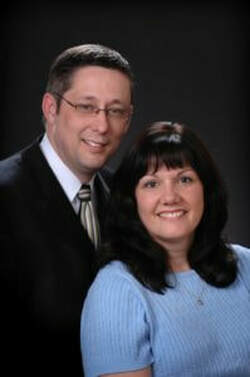 Rick Rust received Christ as his Saviour at age 16. He then followed the Lord in believers baptism, and served in the local church in many ministries. In the twelfth grade Rick was lead to be in full-time ministry and then enrolled in Baptist Bible College Canada, where he graduated with a bachelor degree in 1987.

Rick married his wife Tammy in 1988 and now have three married children and five grandchildren.

In 2007 the Lord lead the Rust’s to Toledo, Ohio to pastor the Liberty Baptist Church. While serving there, again the Lord lead this church to reproduce a new church by planting a church in the greater Toledo area.
​
Rick has also served as a board member for BCPM for almost 20 years. After the home going of the ministry’s director, the Lord burdened the Rust’s to serve full-time in helping start churches. We are proud to serve with the Rowland’s in this great cause.